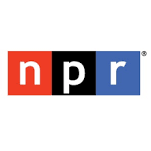 This NPR radio programme can be accessed in two ways – as a text version of the broadcast, using the following link

or by listening to a recording of the programme, which is presented in two parts – see below

An article in the Irish Times on March 18th, 2014 reported on research being carried out by Prof John Foxe, who is professor of paediatrics and neuroscience at Albert Einstein College of Medicine in New York.

His research has focused on the way our brains integrate inputs from several senses to figure out the world around us. For example, when you type, you not only touch the keyboard, but you see and hear it as you tap out the letters.

“When we are walking around as normal, maybe doing the shopping, we are getting information into our bodies and brains from all the senses,” says Foxe, “And when you see an object, you may also reach out and touch it and listen to the noise that it makes.”

Meshing those sensory signals together can give a result that is bigger than the sum of its parts, he explains. “If you have only a visual input or only an auditory input, you get a certain amount of information from each. But when you get the two together, it’s not just the simple sum of the two. Instead, you get a multiplicative effect, the extraction of information is often much better than would be predicted by either sensory system alone.”

Foxe’s research suggests that incoming sensory signals get combined at an early stage as they are processed in the brain – much earlier than had been previously suspected. Neurotypical children develop the ability to rapidly integrate multiple senses around the age of seven to nine, but some children do not fully develop this ability until well into their teens.

“So we want to develop electrophysiological markers that can identify kids maybe even in infancy – you do some [non-invasive] brain tests and identify the kids who we should really be watching for any developmental delays, any issues with language.”
Foxe has been finding that girls and boys with dyslexia do not integrate the information from multiple senses in the typical way. It stands to reason, he explains. “When you learn to read, you need to join the sight of words and the sounds they make. You have to learn the cross-sensory associations, so it’s no big surprise that we found sensory integration issues when we looked at children with dyslexia.

“There’s a large window in infancy and toddlerhood within which to identify this multi-sensory deficit and target those kids as soon as is feasible for therapy.” However, Prof Foxe cautions that much research and validation still needs to be done, including more studies that track individuals over time.

Dr. Sally Shaywitz cautioned that while many dyslexics are finding ways to overcome and excel, now is the time to focus on identifying dyslexia in students, and getting them the proper evidence-based support needed to overcome it: “It is not being diagnosed in schools,” she said. “The kids who have (dyslexia) aren’t receiving the evidence-based interventions and accommodations that will allow them to show their strengths … and reflect (their) ability rather than their disability.”